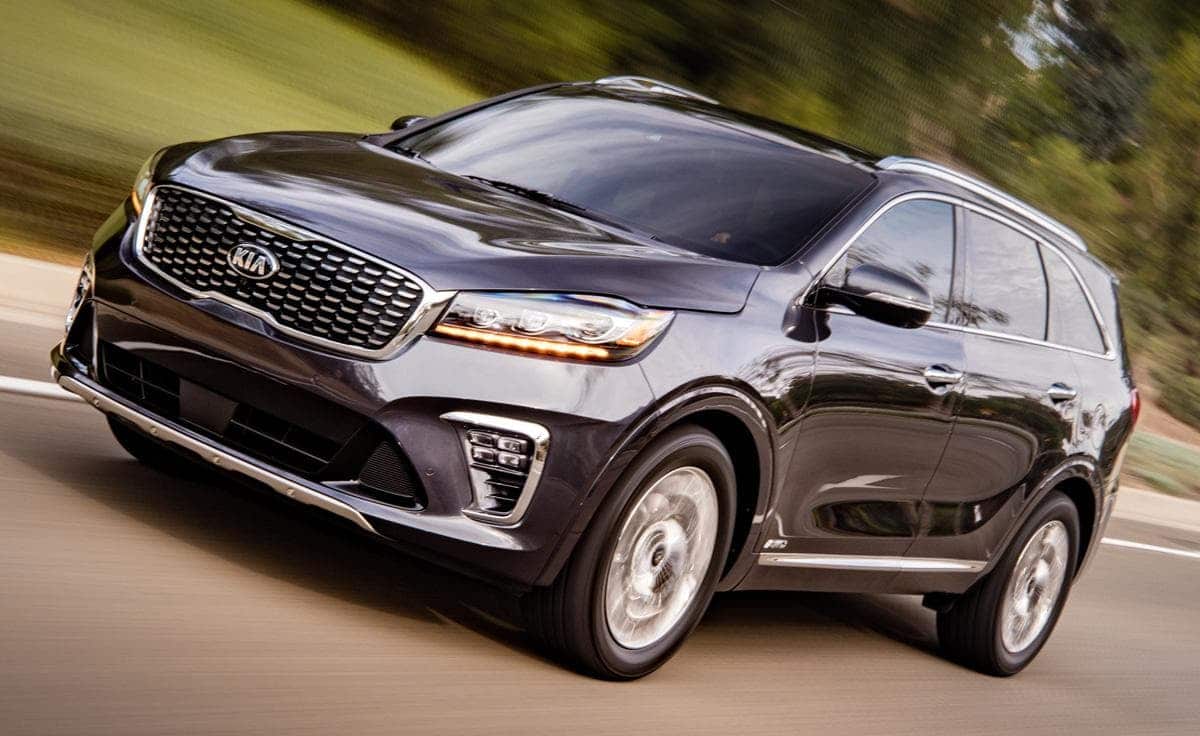 The 2019 Kia Sorento made its debut at the Los Angeles International Auto Show this past December and showcased a number of changes. 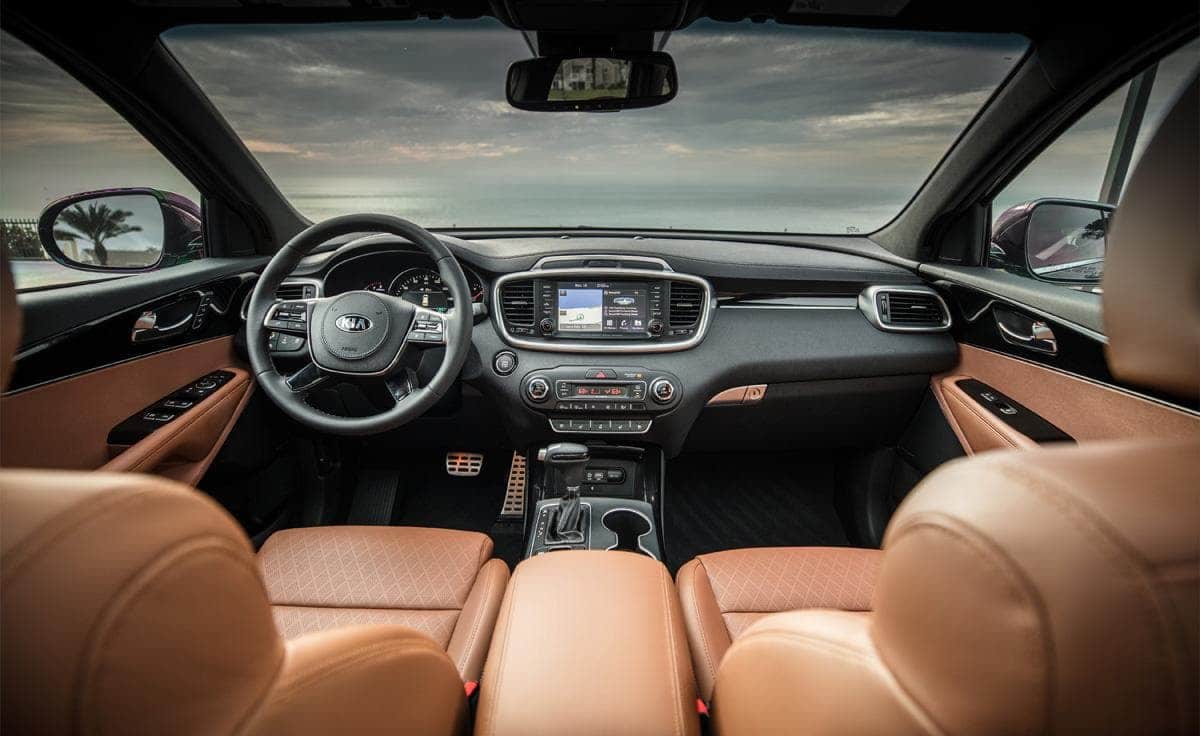 All models now come with third-row seating capable of seating seven passengers, which is different from the 2018 Kia Sorento. The third-row seat splits 50/50 and folds down for easy cargo access. The second row features a 40/20/40 split that makes room for long cargo.

Kia offers heated and ventilated front seats and heated rear seats that take the discomfort out of winter driving, which makes the Kia Sorento a choice for Calgary drivers.

Premium upgrades to the driver area include a more tactile steering wheel, a new shifter knob and a new instrument cluster that features revised graphics for better visibility. The centre console was redesigned, and the air vents were altered.

Kia offers the 2019 Sorento with available dual-zone air conditioning and heat, and a panoramic sunroof. They used the same optional Nappa leather trim seats in the 2019 Sorento that is found in the luxury sport Kia Stinger.

Two new colours have been added to the list of interior options in the SX and SXL trims: Mahogany and Terracotta. These colours were not available on the 2018 Kia Sorento.

The cargo space is 2.09 cubic metres and accessible by way of a newly redesigned liftgate and seat levers for easy configuration. 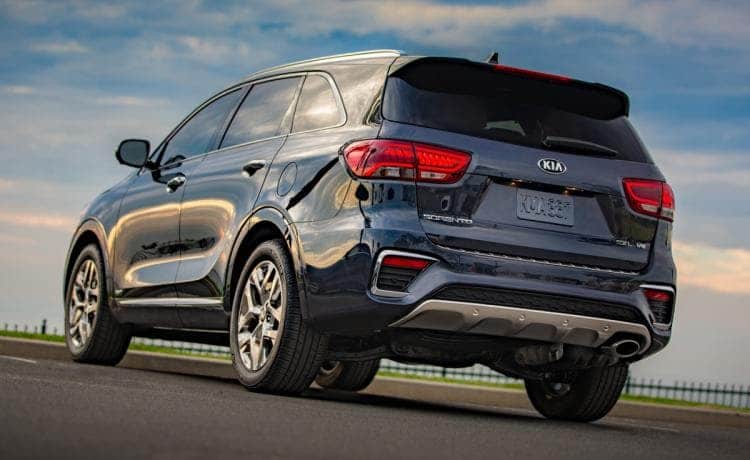 Kia kept the Sorento's refined rugged exterior looks by giving it a facelift resulting in a sharper appearance. It also got a new front bumper design. The front end received a redesigned radiator grille that serves as a backdrop to the new headlight configuration. Full LED lighting is available on the SX and SXL trim lines.

The fog lights come with projection bulbs in the EX and SX trims, while the SXL has LED bulbs.

Kia also redesigned the rear of the 2019 Sorento. It also got a new bumper design, a revised liftgate, a sport muffler tip and sleeker LED tail lamps in the EX and up trim levels.

There are three new wheel designs available in three sizes from 17-inches to 19-inches, depending upon the model chosen. 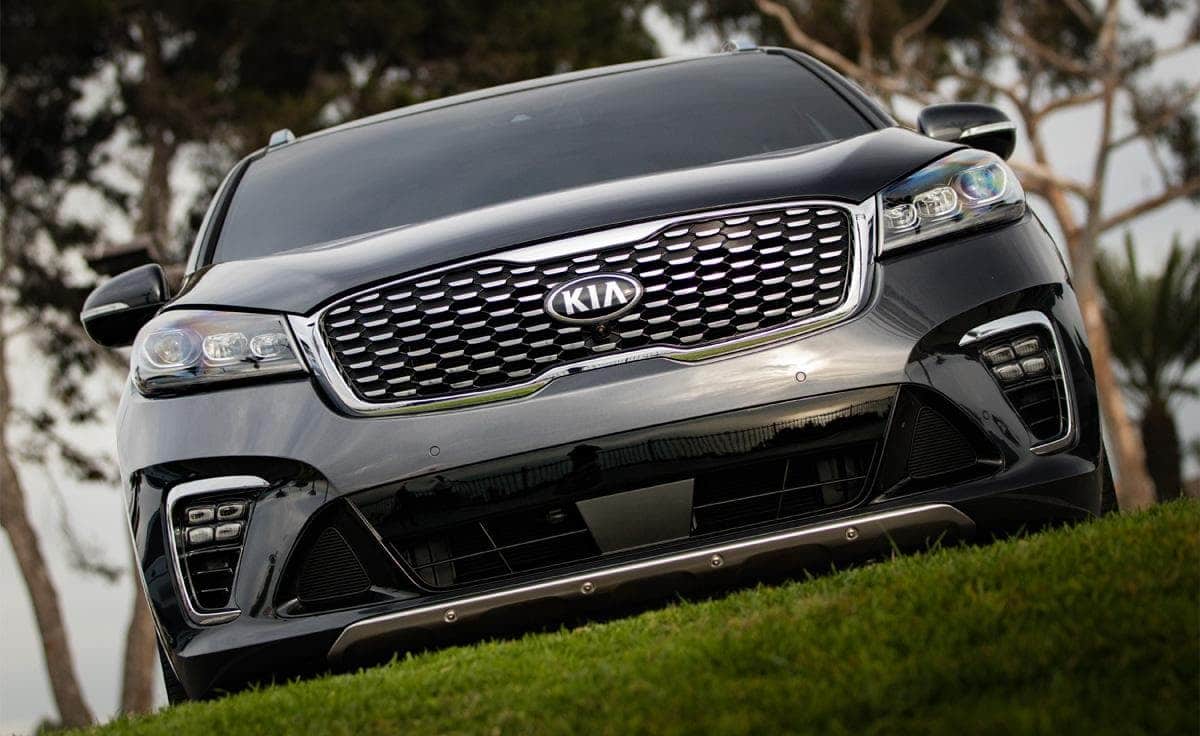 The audio system includes an available premium system built around a Harmon Kardon with surround sound technology and 10 speakers. The Kia app store supports all of the favourite apps like Pandora®.

Eastside Kia has a number of Kia Sorentos for sale, so stop by and see us today.