Save the Australian Open with the X-Men Inspired Kia Sorento

Save the Australian Open with the X-Men Inspired Kia Sorento 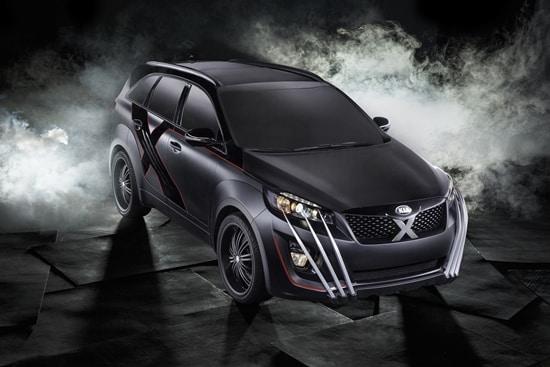 The Kia Sorento is getting a new look that is sure to catch your eye, especially if you are a tennis fan and plan on watching the Australian Open 2015. Kia worked with Twentieth Century Fox Home Entertainment to produce a car that will wow people everywhere. The result is the X-Car.

This model is the third generation of the popular Sorento, which happens to be the best-selling SUV for Kia. The brand is a major sponsor for the event, held every year in January in Melbourne, Australia. For this year, Kia, the X-Men heroes and Rafael Nadal, tennis superhero, team up to thwart the Sentinels who are threatening the Open.
Expect good to triumph over evil with such a stylish vehicle. The all-black design features chrome accents and the signature Kia grille in black mesh with a large X in the center. Another X is easy to see on the sides of the SUV.

Get in on the action with a chance to win a GoPro camera. Fans who love the game of tennis can participate in the Kia Greatest Fan contest. Just upload a photo in your best cheering outfit for the chance to show just how great of a fan you really are. While you are at it, stop by Eastside Kia and see what the Kia Sorento is all about.