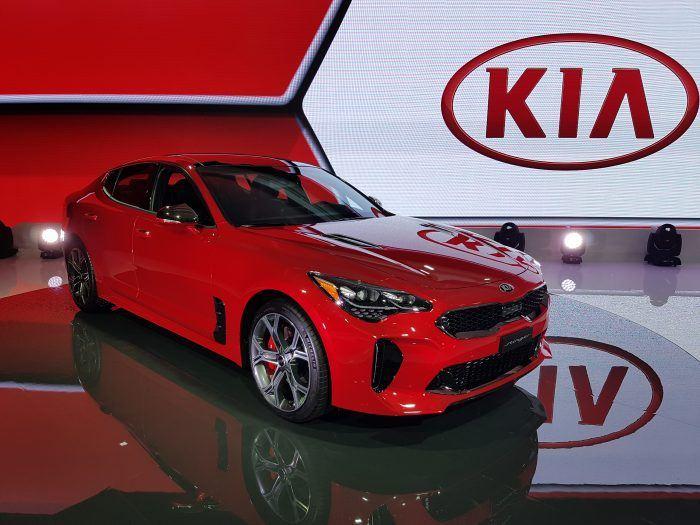 40 vehicles debuted during this year's Canadian International Auto Show
in Toronto, proving that the Canadian auto industry is alive and well. Kia, who
recently shipped the 2018 Kia Sportage to dealers, presented two
debuts at the Toronto show.

Kia news reports that the 2019 Kia Sorento SUV and the 2019 Kia Niro
Plug-In Hybrid had successful debuts at the show. Both models feature a number
of upgrades in driver-assistance systems, technology and appearance.

Kia News: Debut of the 2019 Sorento at the Canadian
International Auto Show

The 2019 Sorento got a refresh before its unveiling in Toronto. It's
still roomy enough for seven while remaining well-appointed, sporty and rugged.
It improves on the Kia 2018 model by adding a number of interior and exterior
enhancements.

The 2019 Sorento will replace the 2018 Kia transmission with an all-new
eight-speed automatic transmission in order to respond better to the 3.3-litre
V6. New front and rear fascias add polish and refinement to the sporty SUV's
exterior. The cabin feels more elegant with better quality finishes, a revised
instrument cluster panel, improved graphics and the latest technology like:

The Niro is one of Kia's top-selling SUVs. Designed for urban drivers
looking for maximum fuel economy, the 2018 Kia Niro hybrid rates high on fuel
efficiency due to its gas and electric hybrid system. Kia has extended its
environmentally-conscious portfolio of vehicles by debuting the plug-in hybrid
version in Toronto, just after the unveiling of an all-electric model earlier
this year.

In a Kia news release statement by Ted Lancaster, VP & COO of Kia
Canada, "Packed with all the same functionality and fun drivability of our
popular Niro hybrid, the new Kia Niro Plug-In Hybrid Crossover will offer even
greater fuel economy and extended range," said Lancaster. "We are
expecting the Niro Plug-In Hybrid to build on the current Niro's success and
popularity by providing Canadians with yet another electrified vehicle to our
current line-up."

According to Kia news estimates, the new model plug-in model will have a
range of 900 kilometres. A new and innovative Driver Only Air Conditioning
system is designed to cool the driver only to save on power consumption.

The same six-speed dual-clutch automatic transmission that
the standard Niro features means that driving the hybrid will feel nearly
as responsive and engaging. There are four independent driving modes for a
driver to choose from:

One charging port, located on the driver's side front fender can
be plugged in to fully charge the battery in approximately:

Kia engineers didn't compromise any cargo room in order to house
the battery.

The new Niro's high voltage battery is compact enough to fit
under the cargo floor area under the rear seat.

Kia has not announced official release dates but both models
are expected to arrive at our showroom by summer.