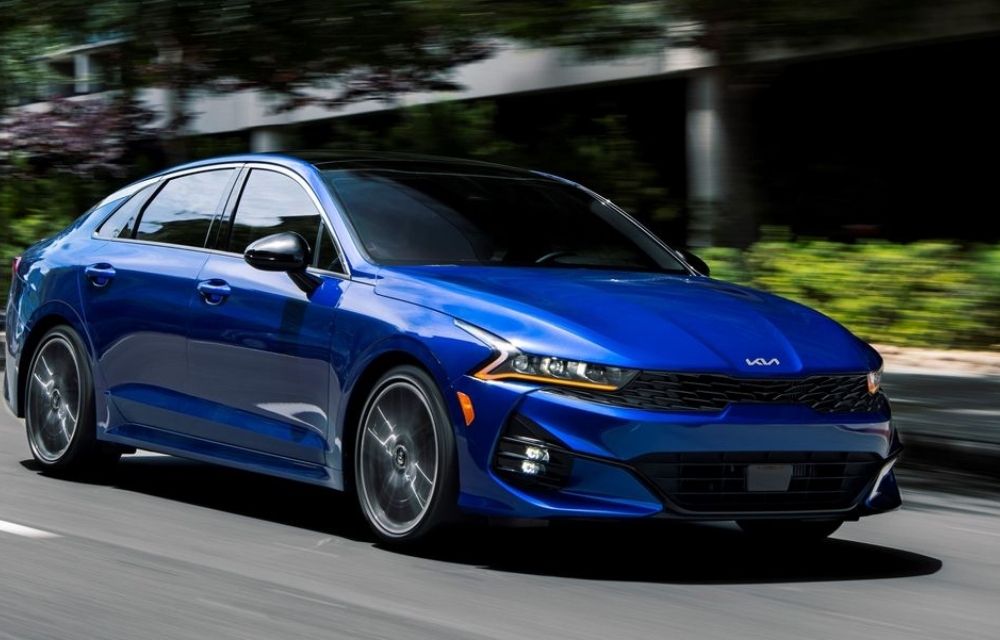 The midsize sedan of the Korean brand Kia 2022 Kia K5 models was presented in 2020 as the replacement for the old Optima, or rather an evolution of it. A year after its launch, it arrives with the first updates, including the GT-Line AWD version.

The new 2022 Kia K5 models were revealed with its 2022 model in its second year on the market. There are no significant developments to the aesthetics or technical aspects. The main thing that comes with this update is the addition to the range of the GT-Line AWD package.

The K5 arrived as the model that would give a new life to the traditional Optima. Based on a more modern and "disruptive" concept, it stays afloat in a segment affected by SUV fashion. This is a fresher alternative to what was already known in the compact Sedan line.

It has been officially available in Canada since fall 2020, offering two Models. The entry-level version is LX FWD, and the next in line is the top-of-the-line Kia K5 GT FWD. The AWD variant had been promised this time and this update comes at the right time to add it to their range of models.

The changes in its design were subtle but at the same time significant, as the 2022 Kia K5 models incorporated in their lineup, the new logo that the Korean brand debuted earlier in 2021. The new logo is located on the edge of the hood, right in the central part above the front grille.

As for the new equipment on board, the Sedan offers different options depending on the version. A central digital display, wireless chargers, and a new navigation system were added to the GT-Line, EX, and LX levels.

For the newly arrived GT-Line AWD Premium variant, which is basically an additional package, elements such as panoramic sunroof, heated steering wheel, headlights with LED technology, and more driving assistance features are included. The GT-Line is also making a difference with its All-Wheel Drive system.

The powertrain systems available with the Kia K5 2022 models are a complete lineup with Turbo that offers an optional all-wheel-drive system. So there is the 1.6-liter turbo engine with 180 hp and 264 Nm. The next available engine is the 2.5 block with 290 hp and 422 Nm, in each of them, the gearbox is an eight-speed automatic.

In total, with the drive system and engine variations, the new Kia K5 range includes three different models, starting at a price of $29,595. All of these are built on the new N3 platform that improves the driving position and center of gravity.

The 2022 Kia K5 models are produced in Georgia, USA. The K5 falls into what is now often referred to as a 'sedan coupe' competing with the Volkswagen Passat, Nissan Altima, Hyundai Sonata, Honda Accord, and the Mazda 6.